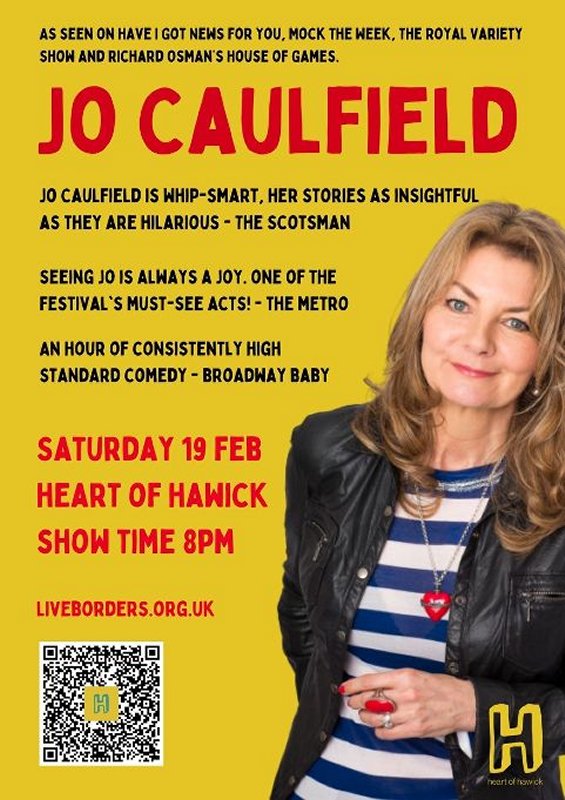 Whether you’ve seen her on TV shows such as “Have I Got News For You” or “Michael McIntyre’s Comedy Roadshow”, heard her on the radio on “Just a Minute” or “Stop The Press”, or caught her live at one of her award-winning Edinburgh Festival shows, the chances are you’re already familiar with Jo’s work.

Described by The Observer as “one of the finest female comics at work” and by The Scotsman as “quite simply, a damn funny woman” Jo can regularly be seen headlining the UK’s biggest and best comedy clubs. She is also in high demand on the corporate circuit, speaking at and hosting dinners and award ceremonies for many leading companies across the UK and beyond.