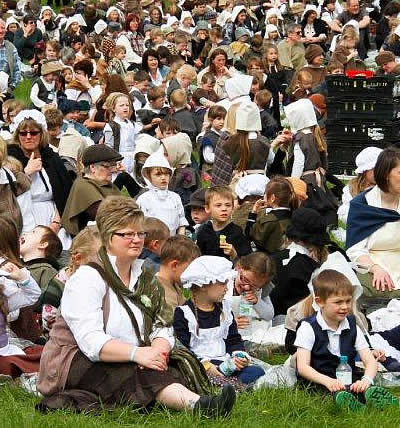 Scotland may be known for its clans and its tartans, but in the Borders the concept of Family is more common than Clan. As elsewhere, these names are associated with local areas where the head of the family held sway, with supporters seeking patronage and protection.

The Teviotdale area around Hawick was a centre of the Scotts, as well as Douglases, Elliots, Olivers and Turnbulls. The Kerrs were further east, the Johnstones and Maxwells further west.

Centred in Liddesdale, the Armstrongs were described as the worst family on the Border, but then you find that the Grahams had already been moved out to be part of the plantation of Ulster, especially in Fermanagh, or in Roscommon.

These were the reiving families. It had long suited both Scottish and English monarchs to tolerate their lawlessness, as a first line of national defence, but when the level of disturbance became intolerable there would be ruthless suppression. It can easily be seen why supporters would rally round the head of the family for protection, when the Armstrongs for example were able to muster up to 3000 mounted and armed men. Such men as Johnnie Armstrong were seen as rivalling the authority of the King (James V), and another is remembered in a ballad: ‘My name is little Jock Elliot, and wha daur meddle wi’ me?’ 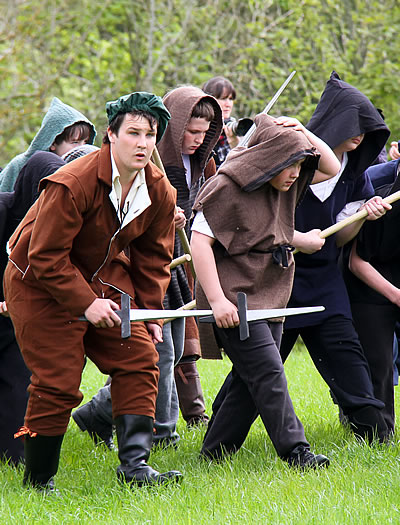 There is one location above all to visit to research your Borders ancestors: the Heritage Hub at the Heart of Hawick in Kirkstile, Hawick TD9 0AE. Contact details are:

Everyone is welcome to consult the sources of information free of charge and friendly, knowledgeable staff are at hand to assist and advise you. It is wise to phone to make contact ahead of your proposed visit to check on opening hours etc.. For copies of birth, marriage and death certificates from 1855 onwards, you may also wish to make contact with the Registration Service, at The Registrar, Council Offices, High Street, Hawick TD9 9EF, Tel. 01450 364710, and for details of burials and lairs in graveyards or cemeteries (again from 1855) make contact through Scottish Borders Council Bereavement Services Tel. 01450 375991. It’s also possible, for a fee, to research from www.scotlandspeople.gov.uk at the Heritage Hub.

The importance of heritage to the area can be exemplified by a bronze statue, in the Civic Space alongside the Heritage Hub. The composition was erected in 2009 by subscription among the Turnbull Association worldwide. It depicts a bull being wrestled aside by William of Rule to save King Robert (the Bruce) in 1315. William’s family which was found around the Rule Water / Bedrule area, was then known as Turn e Bull.